African decolonization has a complex history, involving resistance against and liberation from European colonial subjugation. In this episode, we examine the political and cultural interplay between race, resistance, and decolonization across Africa while considering ways to teach about racism in classrooms today.

Michael Ralph is an Associate Professor in the Department of Social and Cultural Analysis and the School of Medicine at New York University. His research integrates political science, economics, history, and medical anthropology through an explicit focus on debt, slavery, insurance, forensics, and incarceration. He is the author of Forensics of Capital (University of Chicago Press). 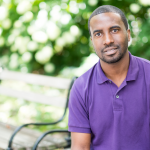 Thanks to Michael Ralph, Julian Braxton, Linda Morse, and Malcolm Cawthorne for sharing their expertise in this episode.

Thanks to Nico Rivers for audio editing, mixing, and mastering.