In the aftermath of violence and oppression, nations face the dilemma of confronting past suffering while also rebuilding and preventing future injustice. There is no formula for avoiding vengeance, soliciting forgiveness, and exacting truth and justice. However, recent history offers examples of societies that have navigated these quandaries. In the wake of apartheid in South Africa and genocide in Rwanda, both societies developed legal, political, and cultural campaigns meant to expose and record oppression and violence while attempting to restore the wounded nations. In this episode, we explore the attempts at healing South Africa and Rwanda. We focus on the pain and hope that are built into campaigns for truth, justice, and reconciliation.

Timothy Longman is Associate Professor of Political Science and International Relations at Boston University, where he serves as the Director of CURA: the Institute on Culture, Religion, and World Affairs. From 2009 to 2017, he served as the Director of BU’s African Studies Center. 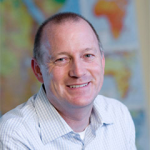 Claude Kaitare is an educator working with students to raise awareness about the Rwandan genocide and genocide prevention. To learn more about Claude’s life in Rwanda and work with students visit his bio and view a video of him visiting the Kigali Genocide Memorial. 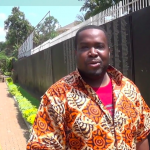 Thanks to Timothy Longman and Claude Kaitare for sharing your insights and expertise.

“Kigali Genocide Memorial, Rwanda” by The President’s Office, Maldives, under CC BY 4.0

Photo of Timothy Longman provided by the Boston University website.