David Siddhartha Patel of Brandeis University explains the regional rivalry between Saudi Arabia and Iran, including how this rivalry is playing out in Lebanon, Yemen, and Qatar. 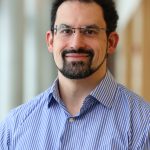 Thanks to Dr. Patel for his time, knowledge, and enthusiasm in sharing his expertise on the crisis in Syria

“Aircraft_Fighter_Jet_F-15_Eagle_Royal_Saudi_Air_Force,” by Matt Morgan, used under Creative Commons License Attribution Share-Alike 2.0 Generic (CC BY-SA 2.0). The image has not been transformed in any way.