Why do some Middle Eastern women wear headscarves or full-body coverings? The answers might just surprise you. Joining us are Barbara Petzen, Director of Middle East Connections, who explains the social, political, and economic reasons for veiling, and Subheen Razzaqui, a hijab-wearing world history and political science teacher in Newton, Massachusetts.

Barbara Petzen is the director of Middle East Connections, a nonprofit initiative that provides professional and curriculum development services to K-12 educators, as well as the former president of the Middle East Outreach Council, a national consortium of educators working to further teachers’ understanding of the Middle East. She has also previously served as the education director at the Middle East Policy Council and as the outreach coordinator at Harvard University’s Center for Middle Eastern Studies. She holds degrees in international politics, Middle Eastern Studies, and education from Columbia, Oxford, and the University of Illinois. She also conducted doctoral work in Middle Eastern history at Harvard University before leaving to focus on her work with the K-12 community. 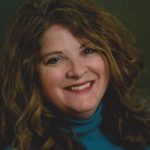 Learn more about the historical, cultural, and political reasons for veiling with these free online resources:

Thanks to Barbara Petzen and Subheen Razzaqui for their insights, patience, and humor in producing episode #2. We would also like to thank Jihane, Laila, and Subheen, who were willing to share their personal thoughts on covering in this episode with our audience of teachers.